Stop Making To-Do Lists—Do This Instead

Stop Making To-Do Lists—Do This Instead 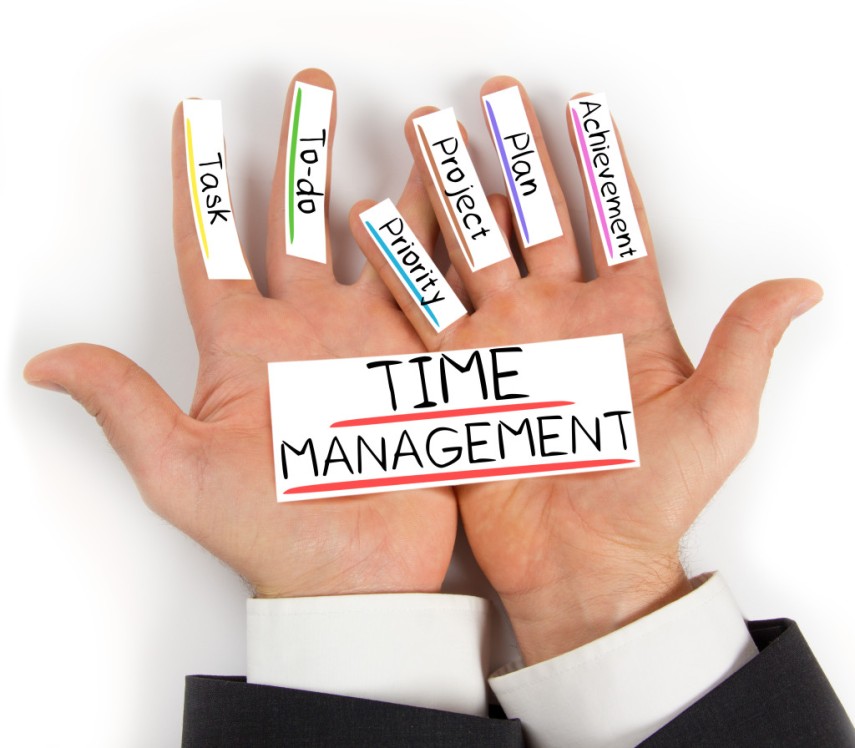 The Problem with To-Do Lists
To-do lists should be called nagging wish-lists. A series of tasks you hope to accomplish, without a specific plan as to when you’ll get them all done. How many items on your current to-do list have been on there for several days? For weeks? Months?

The first problem with recording tasks on a to-do list is that it doesn’t distinguish between items that take only a few minutes and items that require an hour or more. So when you randomly look at your list and ask, “Hmm, what should I tackle next?” You are very likely going to pick the quick tasks, the easy items, not necessarily the thing that is most important.

Research Says…
41% of to-do list items are never completed.
(Source: The Busy Person’s Guide to the Done List, iDoneThis)
Second, and similar to the first problem, to-do lists make it really easy to work on the urgent instead of the important. That’s why I still have “Create annual family photo album for 2013” still on my to-do list (from two years ago!). Do you know how many men have had “colonoscopy” on their to-do list year after year?!

Research Says…
50% of to-do list items are completed within a day, many within the first hour of being written down. (Source: The Busy Person’s Guide to the Done List, iDoneThis)
Third, to-do lists cause unnecessary stress. Indeed, when we carry around a long list of undone items it’s one way to remember them. But it’s also a constant reminder, a constant nagging, that there are many things we still need to deal with. No wonder we feel overwhelmed. No wonder at night we collapse exhausted, but fight insomnia as our brain processes all that still has to get done. No wonder our bodies are breaking down from stress.

Research Says…
The Zeigarnik effect is a psychological term based on studied that show unfinished goals cause intrusive, uncontrolled thoughts.

Live Life from Your Calendar
Highly successful people don’t have a to-do list, but they do have a very well-kept calendar. One of the most consistent messages I got from all the interviews and research I did for this book was that no matter what it is, if you truly want to get it done, schedule time for it.

In Their Own Words…
Use a calendar and schedule your entire day into 15-minute blocks. It sounds like a pain, but this will set you up in the 95th percentile as far as organization goes. If it’s not on the calendar, it doesn’t get done. If it’s on the calendar, it gets done no matter what. Use this not just for appointments, but workouts, calls, email blocks, etc.
–Jordan Harbinger is the co-founder of The Art of Charm and host of The Art of Charm Podcast, a school that teaches networking and relationship-development skills
This is why hyper-busy politicians, executives and celebrities have full-time schedulers. This is why—as pretentious as it sounds—successful people are prone to saying things like, “Have your people call my people to set something up.”

–Chris Ducker is a serial entrepreneur, keynote speaker, and bestselling author as well as a popular business blogger and podcaster.

Surprisingly, the simple act of scheduling tasks on your calendar—instead of writing them on a to do list—will free your mind, reduce stress, and increase cognitive performance. Florida State University Researchers showed that the Zeigarnik effect—the stressful conscious and unconscious thoughts caused by unfinished tasks—could be overcome simply by making a plan to accomplish a task—you didn’t actually have to complete the task itself.

There are several key concepts to managing your life using your calendar instead of a to-do list.
First, schedule a chunk of time for everything that is important to you; this is called “time blocking” or “time boxing.” If you truly value being healthy and have decided that a 30-minute daily workout is your enabling goal, then don’t put it on your to-do list—put it on your calendar. Schedule it as a recurring appointment. If you value customer intimacy as a business strategy and have an enabling goal of talking to at least two customers a day, then schedule a daily appointment for “customer calls.”

In Their Own Words…
During training, I balanced family time, chores, schoolwork, Olympic training, appearances, and other obligations by outlining a very specific schedule. I was forced to prioritize…To this day, I keep a schedule that is almost minute by minute.
Focus on those things that bring you further to your goal each and every day. Every moment counts!
–Shannon Miller, a member of the 1992 and 1996 U.S. Olympic gymnastics team who won a combined seven Olympic medals.
Second, important items should be scheduled as early in the day as possible. No matter how much we try to control our time and calendars, we all have things that “come up” that might need our attention. It could be a meeting request from our boss, an angry client call, or the school nurse calling to say we need to pick up Johnnie from school. Naturally, as more time ticks away in each day, the more likely it is that something unexpected will happen.
I personally struggle with this immensely. If I have my daily workout scheduled for the late afternoon or night, the odds are high that I’ll feel some other priority is in need of extra attention by the time I actually get to my exercise time block. I basically know that if I don’t hit the treadmill in the morning, the odds of hitting it at all go way down.
Third, don’t cancel goals; reschedule them if necessary.

For example, if you normally work out every day from 12:00 to 1:00 p.m.—during your lunch hour—but you have to be on an airplane on Monday traveling for work at noon, you would reschedule the exercise appointment for earlier or later in the day.

In Their Own Words…
Get one of those big blue calendars. Planning your life on your phone is fine, but it doesn’t give you the same perspective.
–Will Dean is an Olympic rower for Canada and competed in the London 2012 Olympics. He is currently training for Rio 2016.
Fourth, treat your time-blocked calendar entries as if they were appointments with your
doctor; they are that important. Most of us cave in on our self-scheduled appointments too easily. If we time block 4:00 to 5:00 p.m. to work on an important report at the office, and then a colleague asks for 15 minutes of time because “something has come up I need to run by you,” we reflexively say “sure,” thinking we’ll finish the report in only 45 minutes, or we’ll stay 15 minutes later or adjust in some other way.
But imagine if instead of working on a report you had an appointment with your doctor or dentist. Would you still agree to give away that time and show up for your doctor 15 minutes late? Of course not.

In Their Own Words…
What I found to be the most effective way to manage my time was to buy an agenda with a big calendar. I handwrite what topics I need to cover and how long I need to be studying that topic each night.
–Caitlin Hale was a straight-A student in college and currently attends the University of Medicine and Dentistry of New Jersey.
If it’s not in my calendar, it won’t get done. But if it is in my calendar, it will get done. I schedule out every 15 minutes of every day to conduct meetings, review materials, write, and do any activities I need to get done. And while I take meetings with just about anyone who wants to meet with me, I reserve just one hour a week for these “office hours.” People can schedule time at http://www.ScheduleDave.com.
–Dave Kerpen is the NY Times bestselling author of three books, the co-founder & chairman of Likeable Media, and the founder & CEO of Likeable Local.
The best habit is to automatically respond to unanticipated requests that conflict with your calendar by saying something like, “I have an important appointment on my calendar from 4:00 to 5:00. Is there any chance we can talk after 5:00, or can it wait until the morning?”
You’ll be surprised at how frequently the unanticipated item can then be scheduled in an open block. Sure there will be times when an important person—a boss or spouse, for example—needs our attention, and it really is more important than our time block activity. But we can always ask to fit it in elsewhere as a first reaction.